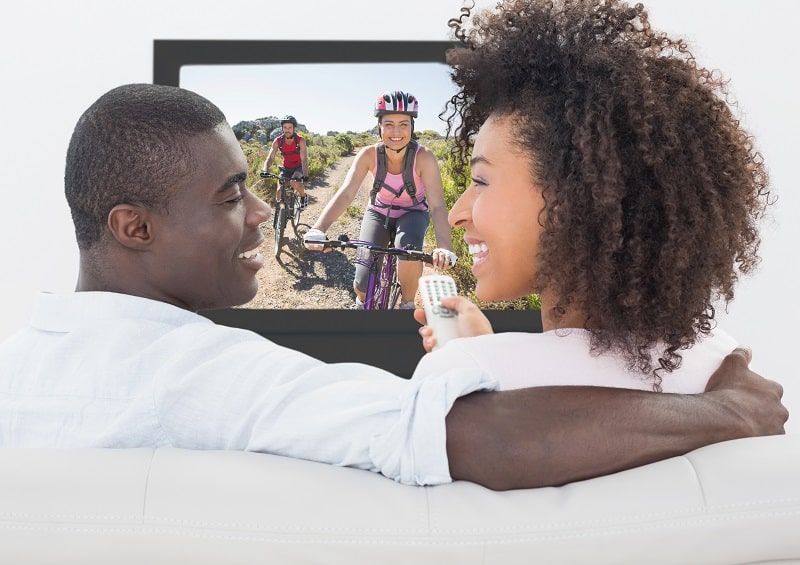 Until winter ends and we can go pedaling with a milder wind, here are the best mountain bike movies from the great classics to independent productions.

The trails take us away from it all. The arduous sections pump the adrenaline. The hidden places are waiting to be ridden. From the beginning, movies and videos have tried to capture these elements of mountain biking and share them with those who dream of it. The films give us the images we need to imagine riding like a pro or far away in an exotic country. We give you our top six choices for the best mountain bike movies to make you want to go on an adventure on your racing MTB.

==> How to get your road bike winter-ready?

==> How To Clean Your Bike in 7 Simple Steps

It is hard to pinpoint exactly what makes this movie so special. The section of Stevie Smith, 2013 World Cup champion who died in a motorcycle accident in 2016, reminds us of the importance of chasing our dreams and doing what we love.

What makes this film so special does not come down to one single element or one section that stands out. It is the desire he gives us to take our bikes and spend the day in the mountains. It is also the goal of cycling films to inspire us to get lost in the trails and to come back to our sources and our passion.

The third and final installment of the Collective films is Seasons from 2008. The film follows mountain bikers like Matt Hunter, Steve Peat, and Cam McCaul from the disciplines of downhill, free-ride, and slope-style during all four seasons.

We no longer present this classic when it is released. It is emblematic of “Italian neorealism” and has aroused so many comments. The bicycle in question in this social drama is the one we use every day. It is the one in the working classes. We notice how the streets of cities are swarming with bicycles.

Entirely shot in natural settings (in the streets of Rome), with amateur actors such as Roberto Maggiorani, the star who is a laborer, and the young Enzo Staiola was selling flowers when De Sica spotted him. The story features Antonio Ricci, unemployed for two years that goes back to the end of the war when he finally finds a job as a poster glider. But the required condition is to own a bicycle. And Antonio, for lack of funds, has put his own to the point.

Maria, his wife, goes to Mont-de-Piété, to recover the precious bicycle for three pairs of sheets. We can imagine how much the family will lack. We set the tone. So, when perched on his ladder, busy spreading out Antonio helpless to see the thief leave with his bicycle, he loses everything. The sequel to the film shows him roaming the streets of Rome with his son Bruno, looking more and more desperate for his bike.

The Bicycle Thief is one of those works that does not age. After the scene of humiliation, the last shot (a tribute to Chaplin) that shows father and son walking hand in hand towards an unknown and inevitably difficult tomorrow will express a tear from your little eyes.

The New World Disorder series is part of the fundamental culture of mountain biking. The series began around the same time as the birth of free-riding and for 10 years in a row, it presented the progress of the sport to the public. There are several significant moments in the history of mountain biking.

It all started with the New World Disorder films. The total of 10 films inspired several generations of mountain bikers all over the world to go out, feel free and do the sport they love most in nature.

The first film hit the screens 16 years ago, in October 2000. The stars were called Josh Bender or Timo Pritzel. The most memorable stunt in NWD 1 is the so-called “Jah Drop” by Josh Bender. It is a 17-meter drop into the flat.

As a combination of an action film and a documentary, The Tipping Point gives us a “behind the scenes” glimpse of the World Cup downhill circuit. It shows the rivalries between the runners, the difficulties of a competitive season, and the talent of these incredible athletes.

The documentary by Danish director and poet Jørgen Leth shot for Paris-Roubaix 1976, saw the emergence, not of Merckx or De Vlaminck but a surprise winner in the person of Marc Demeyer.

What this documentary, as a precursor as it is inimitable, gives us to see as life is the birth inaction of the myth. The breath is there almost visible that transforms the ordinary into the extraordinary. The work from a technical and sociological point of view. It is about its protagonists in the categories of the novel of chivalry. It allows measuring how much the social condition and the recruitment of professional runners have strengthened since the 70s.

Under the obsolete hats recently brought back into fashion, and under the bad hairstyles that characterize the time, the good guys and the bad guy’s clash. The heroes sweat and toil, suffer and hurt themselves. And along the roads or in the belly of cafes, it is like all of Humanity which hopes and despairs.

The Collective is the first film by the film crew of the same name who also brought out the classics Roam and Seasons. They published the Collective in 2004 and quickly became a milestone in the free-ride scene. The stars of the film included Darren Berrecloth, a young Matt Hunter, and Tyler’s “Super T” classes.

“The Collective” was the first work of the film crew of the same name and shows Thomas Vanderham, Andrew Shandro, Ryan Leech, Matt Hunter, and the late Jordie Lunn, some of the greatest free-ride stars of the early 2000s.

Why Should You Watch a Mountain Bike Movie

The mountain bike or the MTB is familiar with cycling transportation. This essential object, permeated all layers (practical and aesthetic) of our life, fascinates the arts. Of course, the cinema is not immune to this attraction, and all genres are concerned including drama, comedy, and documentary.

Who Should Watch Mountain Bike Movie

What better way to watch cycle touring movies before hitting the road again? In these times of containment, we have picked out the best bike trip movies we have had the pleasure of watching for movie enthusiasts. Sometimes funny, often touching, they highlight the values ​​of cycling travel: challenge, meetings, sport, and environment.

The bicycle was an allegory for one of the most important problems of our time: refugees. It is the main plot of The Cyclist. Nasim is an Afghan refugee in Iran who, after a demonstration in the town square, cycles non-stop for a week to raise funds to save his wife’s life. The protagonist will spend seven days and seven nights without stopping, tired, and ignoring his son’s pleas to end his protest.

Is Welcome to Belleville a good movie?

Welcome to Belleville is an animated film. Champion is a lonely boy who lives with his grandmother, Madame Souza. This little one is only happy on a bicycle. So, he undergoes hard training that will lead him to the most important cycling race in the world. It is the most important cycling race in the world, Tour de France. During the competition, they kidnap him with two mysterious men disguised as blacks. So, her grandmother and her grandmother, Bruno, embark on a journey in their quest that will lead them to the gigantic city of Belleville.

What is American Flyer – The Career of Life about?

Kevin Costner is one protagonist of this film which mixes drama, sport, and excitement. Marcus and David are two brothers who have lived apart for a long time. The first of them is the carrier of a serious brain disease that can end his life. They both decide to register and prepare together for the Coors International Bicycle Classic, a bicycle race through the mountains of Colorado. In the competition, David will face the country’s great cyclists and go straight to victory, but his brother blames his illness and may live the last days of his life.

This first widget will style itself automatically to highlight your favorite product.

You can find out more about which cookies we are using or switch them off in settings.

This website uses cookies so that we can provide you with the best user experience possible. Cookie information is stored in your browser and performs functions such as recognising you when you return to our website and helping our team to understand which sections of the website you find most interesting and useful.

Strictly Necessary Cookie should be enabled at all times so that we can save your preferences for cookie settings.

If you disable this cookie, we will not be able to save your preferences. This means that every time you visit this website you will need to enable or disable cookies again.